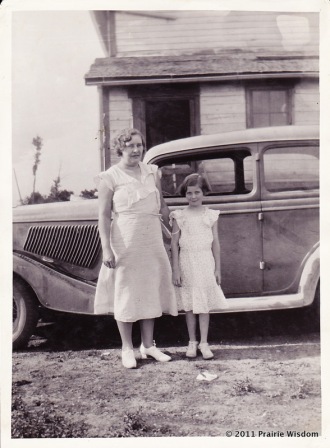 I met my siblings this past week to finalize paperwork for a legacy passed down from our grandmother to our mother and now to us. I wanted to bring a memory of these two wonderful women with me as I traveled to our meeting.

As I thought about grandma and mom, I searched for a picture that reflected the bond they shared and their prairie roots. Once I found the picture, I ordered copies of the print and considered how to make something special to commemorate the event.

Mom taught us the importance of giving and sending cards. Every Monday morning, mom would sit at the dining room table and write letters and cards to family and friends. She grew up in a tradition of letter writing which she maintained throughout her life. Using the photo of grandma and mom, I created a Photo Card using their picture on the front cover and a memory quote typed inside. I placed a copy of the same photo and a handwritten note within each card. 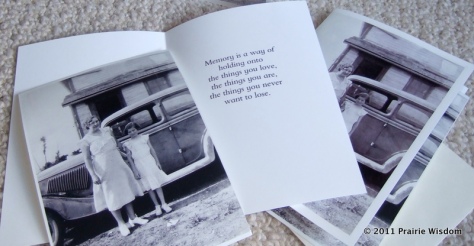 Greeting cards were an important form of communication when mom was growing up. While email and social media have largely replaced the need for cards, sometimes “saying it with a greeting card” is still the most personal way to share your thoughts and feelings.

If you are interested in creating your own Photo Cards here are the steps I followed:

When not at work, my cell phone is always on and with me. I am somewhat impulsive and often act before I think, so when my phone rings I usually answer it no matter where I am. I feel compelled to answer the phone because I am a mother and grandma and the phone call might be very important.

Oddly, public restrooms or bathrooms of any kind did not make her list. Maybe she intended them to be encompassed in her general phrase “never when conducting other personal business”.

We spent the morning preparing our yard for the coming winter. As we gathered the last of the vegetables and mulched the berries I stopped to enjoy the flowers final glory. They were so beautiful I ran to the house to get my camera. As I snapped pictures I noticed the flower petals were a little worse for wear due to cold nighttime temperatures.

Once inside, I decided to give my flowers a boost by importing these pictures into my computer and using the FX Photo Studio app to turn them into art. With a simple click of the mouse I previewed one effect after another until I found settings that were pleasing to my eyes. I made notecards with these pictures to share with friends and family all through the long winter. Preserving these flower memories will, hopefully, keep me a little warmer as the snow flies.

To view these note cards, click on pw_notecards. If printing, use 8 1/2 by 11 inch card stock or heavy weight paper. Once printed, fold in half lengthwise (the long edge) then cut the page in half at 5 1/2 inches to yield two note cards. 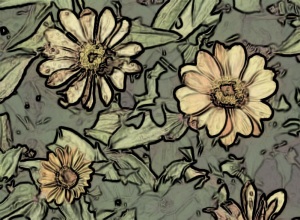 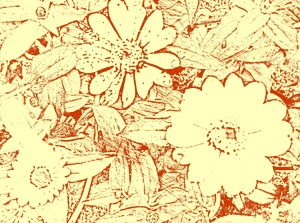 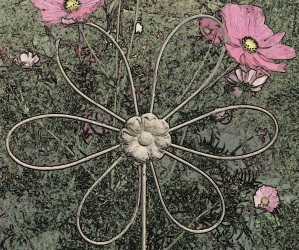 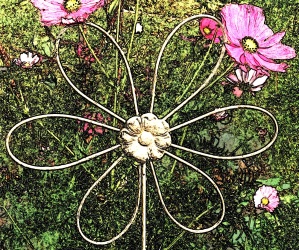 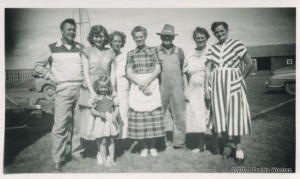 Dad grew up in a large German speaking family in North Dakota. It wasn’t until he started attending school that he was required to speak English.

Visiting my father’s family, when I was young, was interesting. Great food, lots of laughter, loud volume, couldn’t understand a word anyone was saying. As we grew older, dad’s family shifted from speaking German to English except during times of distress. When a crisis arose the family would talk and yell in German. We were left wondering what in the world was going on and anxiously asking, “What? What?” 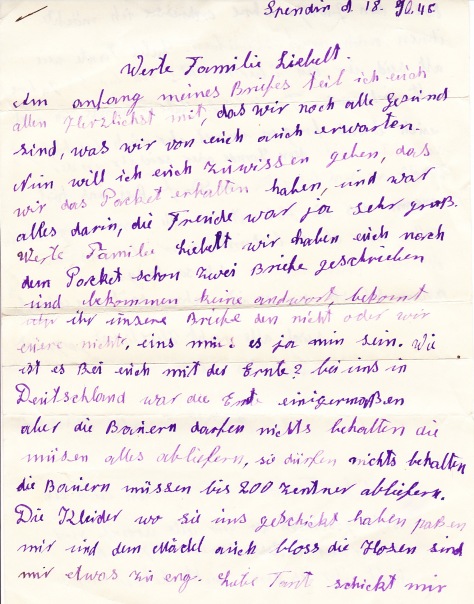 The German speaking tradition was not passed down to us. We often bothered dad about this, but for whatever reason (and I have a few ideas), German was not a second language in our household. Most of the time this does not pose a problem for me. But once in a while my lack of German gets in my way.

I have pictures, mementos and letters from my parent’s lives. Dad’s boxes contain hand written letters in German. I can’t read or understand German but I was taught to be resourceful. Using Google Translate (a free online service) I type the German words from the letters and watch them transform into English before my eyes. Google Translate is not infallible and while it helps me understand the general content of the letters it is not always completely accurate. But this does not discourage me. I enjoy the challenge and it’s fun trying to decipher these letters on my own.

The latest letter I am working on involves sincere greetings, a report of good health, a missing item found in a pocket, joy in finding it, and I believe tight pants. The suspense is building. 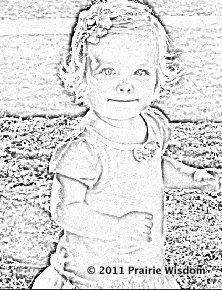 Technology allows for creativity beyond my own capabilities. Crayola’s Lights, Camera, Color web activity imports your very own digital photos and converts them into coloring pages. How cool is that!

I enjoy transforming my grandchildren’s photos into coloring pages. The black and white coloring pages are beautiful art of the little ones I love. I share these coloring pages with them the old-fashioned way, in an envelope with a stamp, so I can include a note with the mandatory x’s and o’s.

You can give it a try at Lights, Camera, Color!

My outlet for
humor, creativity
and variety while
embracing life
one post at a time

What I Am Writing About